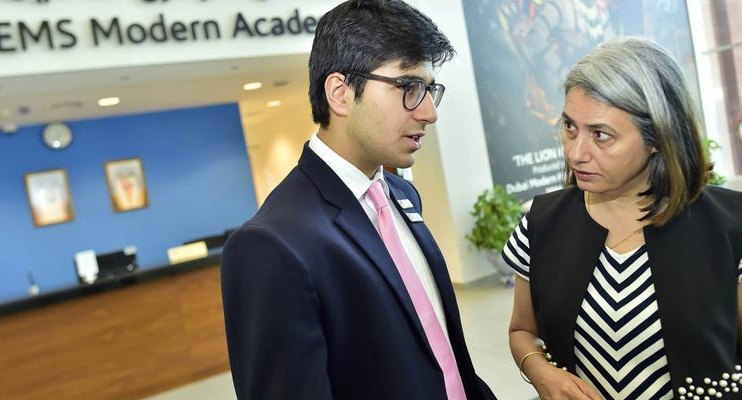 Go Pool is a student launched carpool application which was created by Aadit Palicha from GEMS Modern Academy. The application will help parents get their kids to share car rides to school which will keep the school roads free of extra cars during traffic hours.

The Go Pool App which got a grant of 53,550 Dhs from Emirates NBD to be developed professionally, which proved to be a hit in the community ever since schools reopened this year in late September.

The deputy head boy of GEMS Modern Academy, Palicha, conceived the idea of the GoPool app at just the age of 15 when he was on his way to drop his younger brother to school. On his way to school, there was a terrible traffic situation when he remarked: ‘If only parents could share cars, we could have less cars on the road,’

Since the desired destination and direction is the same, parents living in the same area are able to work out a pooling system where their kids take turns to go to school at a particular time.

Once the parents sign up, they are able to see students scheduled to go to school at a particular time allowing them to form carpool groups. A calendar is set up and once the carpool groups are formed, reminders go out to families about their impending ride’s time and location in advance.

GoPool user Hayden Dsouza of GMA said: “So far I have had the chance to use the app twice since school reopened to reach my pre-school lessons’ practice and my younger brother is also using it.

Frankly speaking, we both find it very easy to navigate, convenient, user friendly and safe. It gives respite to my mother who is able to sleep in late on the days when she had to drop us for sports practice to school. Her turn comes only once and she knows that her boys are with schoolmates’ parents and is reassured. It has also given us an opportunity to make new friends and be more sociable.”

• Average of 53 rides per week (Source: Internal and Google analytics)

• Currently, 265 litres of fuel is saved in total every week (Sources: the national, Google analytics etc.)