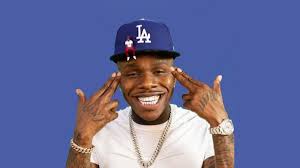 By Saransh Raina, The Staff Reporter, The Pawprint

Gangster rap is a hip-hop sub-style that focuses by and large on the negative components of internal metropolis life. Specific lyrics regularly glorify criminal behavior and degrade women by artists such as “Lil pump”, “50 cent” and “Biggie”. This style of “hood” hip-hop has been a source of controversy and is regularly criticized because of the boom in violence amongst youth, according to NPR. Examples of this could be the FBI’s Ban on NWA hit song “F*** Da Police (N***** with Attitude).

Over the years this type of government censorship has been put on amongst black communities where youth look up to these rappers and artists as role models who have “made it out of the hood”, which refers to lower income Americans who reside in the less fortunate areas of the US breaking away and creating a name for themselves, can pose as an issue to certain demographics who also are in similar situations and when exposed to lyrics that constantly promote violence, both sexual and physical, and drug use, could be heavily influenced.

A hot topic these days is not only the lyrics of rap music, but also the sexualization of women in music videos, according to ‘impactofmusiconteenagers.weekly’. Models in these videos are often asked to wear revealing clothes while dancing to crude lyrics.  This is seen in music videos made by “6ix9ine”, “Kodak Black”, “Pop Smoke” and even more mainstream artists like “Pitbull”.

The promotion of drug use is constantly found through rap verses and is often glorified. Even from artists naming themselves after hardcore substances such as “lil Xan”, short for xanax, a prescription benzodiapine that takes thousands of lives a year. Another example being with rappers basing their personalities on certain drugs such as lean (cough syrup) and marijuana). This all plays a major role in mass audience psychology as if populations are constantly exposed to the normalization of hardcore drugs and substance abuse, it makes individuals think it is “cool” or “fun” to take these substances. Society fails to show the downsides and consequences of their use and what they do. One recent event is of the famous “Juice World’s” death, who constantly promoted violence and drug use in his music, died of an overdose on his private jet. Artists who willingly smuggle illegal drugs internationally and then die from those same drugs they preach about, don’t pose as suitable role models for teenagers across the world. In multiple rap songs, you’ll hear how these artists/rappers were rushing in the corners to win street credits, eventually become wealthy, and live “big” as they say.

Young and poor youth from slums are the most vulnerable as they are in more of the targeted demographic in these lyrics as the rappers/artists highly glorify themselves being poor and less fortunate and then turning into famous and rich people overnight and this can pose as an issue to the youth who take them too seriously,.steps must be taken to carefully monitor our childrens and the youths music intake and make sure we don’t see any negative impact on them,such as schools implementing correct drug education where students are aware of the effects of certain popular drugs and safe ways to handle them to avoid substance abuse. As well as this parents can monitor their children’s browsing histories to ensure they are not viewing videos that can potentially set them afoot on a path that will harm them.