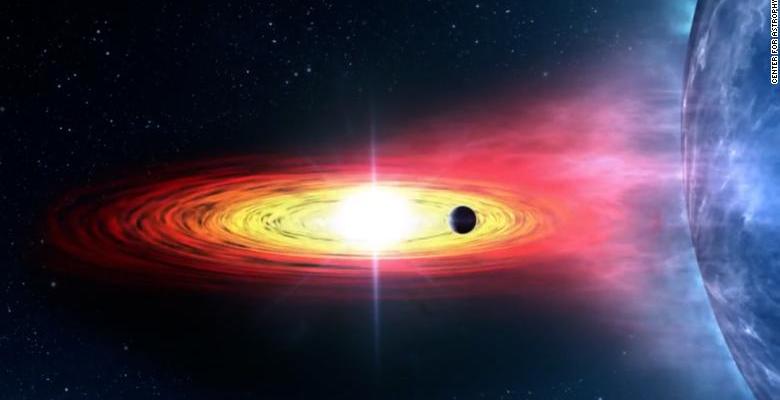 NASA announced that a group of scientists believe that they have found signs of a planet outside of the Milky Way. The astronomers published their discovery on Monday, in the journal Nature Astronomy.

The new, unnamed planet is said to be around the size of Saturn, and in the Whirlpool Galaxy. According to NASA, it is about 28 million light years away from the Earth.

Researchers are shaken as the additional data needed to confirm this planet’s existence could take decades to find.

NASA stated that the possible planet’s orbit could be so big that it “would not cross in front of its binary partner again for about 70 years,” (CBS News.)

The discovery was made with a telescope from NASA, named the  Chandra X-ray Observatory. The new X-ray transit method was used to search for and locate planets.

Using this new method, scientists are now able to record when a planet moves over stars and blocks their X-rays. The speed and intensity of the planet’s movement shows researchers more about its size and orbit.

“Unfortunately to confirm that we’re seeing a planet we would likely have to wait decades to see another transit,” by Nia Imara, a co-author of the study. “And because of the uncertainties about how long it takes to orbit, we wouldn’t know exactly when to look.”