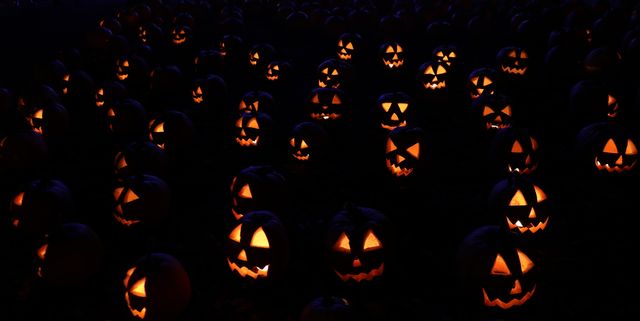 Halloween, a holiday celebrated by young and old alike is a night of dressing up, carving pumpkins, watching scary movies and going trick or treating!

Yet with every tradition comes with it a background story, in this case a Celtic and Christian one. Halloween started around 1,900 years ago in England, Ireland and Northern France, in its earlier stages Halloween was known as  “Samhain” occurred on November 1st in order to mark the end of the harvest season and the transition into winter or the darker seasons to come as well as celebrate the dead.

Ancient Celts were known to follow Paganism and as Christianity began to emerge, the tradition of Samhain began to dwindle. Festivities such as music and dance festivals as well as creating large bonfires were part of Samhain and rather than creating a separation between those who were Pagan and those converting into Christinaity the church merged the two religions leaving Halloween with a more “Christian twist”.

Countries all around the world celebrate and while traditions used to look slightly different, Canada, the United States and Ireland to name a few all trick or treat, dress up in costumes and play games with one another. Yet while some countries resemble each other when celebrating Halloween, Latin America for example looks a little different when this holiday comes around!

Latin America uses this to honor the dead and celebrate the day known as “dia de los muertos” or All Souls’ Day. Their celebration begins on the night of October 31st and continues for 3 days to honor those that have passed. Many believe their loved ones end up returning to their previous homes on Halloween and therefore families will create an altar within their homes made up of candies, flowers, photographs, fresh water and some of the deceased’s favorite food.

Aside from decorating the home, family members will also visit their passed family members’ gravesite by cutting away any weeds, adding any repairments that need to be done, and then decorate it with flowers, streamers and wreaths! Leading up to November 2nd where family members gather together to say any wishes/prayers, at times there may be mariachi bands to further celebrate.

So as opposed to the USA for example where Halloween is more about having fun with friends and family and going around neighborhoods, Latin American countries such as Mexico and Spain use these few days more sincerely to celebrate and remember those who have passed.