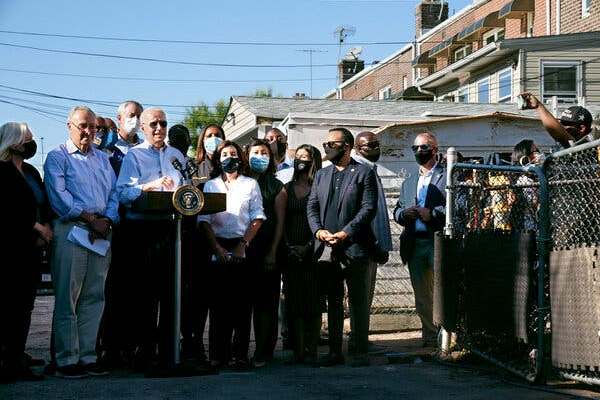 After touring the devastation left behind by Hurricane Ida, President Biden highlights that climate change is a colossal threat and is to blame for these extreme weather episodes. He demands a wake-up call and urges the rest of the world to take action.

According to Biden, “Climate change is here, we are living through it now. We don’t have any more time”. Experts have been pleading for the world to limit their greenhouse gas emissions for years now, and small moves have been made, but now, more than ever, Earth as the people know it, is shifting into a stage it can not recover from.

A few steps that have been made in the world are: The UK is planning to end the sale of petrol-run automobiles by 2030, and has set a deadline of 2035 for petrol cars to be banned in the UK entirely. Furthermore, the White House has requested Congress to increase the budget to $3.5 trillion which will be dedicated to climate proposals, and to allocate more resources to aid in the decline of climate change.

Increased pleas for more attention to be focused on this destructive problem have been made across the globe, and citizens are waiting for more countries to follow suit in aiding the reduction of the climate crisis.