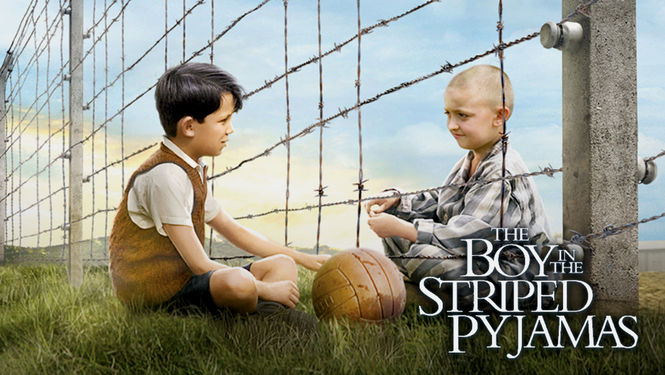 John Boyne’s novel ‘The Boy in the Striped Pyjamas’ was first published in 2006 and adapted into a best-selling film two years later. It is an international best-seller and as of 2016 it has sold over seven million copies. Teachers across the UK even use it as a tool to teach about the Holocaust in both History and English lessons.

It is a Best-selling book and movie that will teach you, charm you, and break your heart.

Plot: A nine-year-old German boy named Bruno lives in Berlin with his family and friends. One day his father takes a new job. Which means that the family has to move to a new place. Bruno doesn’t like it at all, he misses his old home. Eventually he gets bored; Bruno wants to play, but there is no one to play with.

From the window, he sees a camp with people wearing “striped pyjamas,” and he goes to investigate. There, he met his new best friend – a Hebrew boy, Shmuel, sitting on the other side of the fence. Their newfound friendship, however, is divided by barbed fence. But that doesn’t stop them from meeting each other.

The book describes a period of time during World War II. The book is about friendship, innocence, war, and naïvety. The story is told through the eyes of 10-year-old boy, and the author has brilliantly given an unusual perspective of the Holocaust. The main character, though a young German, is not able to comprehend prejudice, and his ability to see Jews as real human beings contrasts the Nazis’ cruelty. He is still not aware of the war around him, or why Jews are different or even who Adolf Hitler is.

In 2008 the book was turned into a movie. This film is very well done, yet difficult to watch. While there is no violence presented on the screen, the film is still heartbreaking. Bruno simply doesn’t understand the things that he sees, the war. Later that year, Mark Herman- the director of the movie, won at the “British Independent Film Awards”, in the category “Best Director”.

Many people who have read the book or watched the film adaptation believe that it is a true story based on real people and real events.  However, it is important to understand that the book is just a work of fiction.

I really advise you to read this book and then watch the movie. I’m sure that this story won’t leave you indifferent.