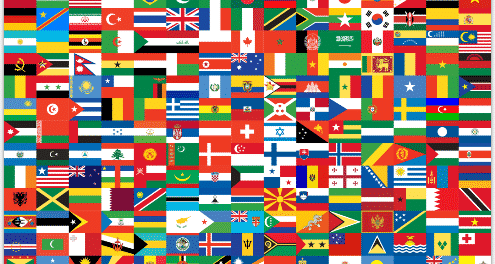 There are 104 nationalities at Dubai American Academy, the most diverse it has been in its 20 year history.

Dubai “American” Academy, as its name implies, is an American curriculum school though surprisingly enough, the majority of students on campus are not American. Far from it – they make up less than a quarter of the student body (22.07%). The rest of the student body come from Canada (9.49%), India (6.84%), South Korea (5.96%) and Egypt (4.09%). These majority ethnicities only account for roughly 50% of the student body with the school hosting other minority nationalities for the other 50% – making up 104 nationalities all together.

Gabi Beltram is one of our many American students on campus and hails from New Orleans, Louisiana. Gabi stated, “I think diversity is very important to our school’s society as it helps broaden our viewpoints and makes us more open-minded thinkers. Without it, we’d be very different people- much less tolerant and socially intelligent.”

Saif Al Yasi is one of DAA’s Emirati seniors studying in a very diverse environment in his home country. Saif stated, “I think diversity is an important component of any international school.”

12th grader Brenna Beri is originally from Bhopal, India, who previously grew up in Kiev, Ukraine. She is fluent in English, Hindi, and Russian. Brenna stated, “It’s nice to be open to different cultures and learn about people of different beliefs and values because it helps me to be more of an open minded individual.”

Arystan Anuarbek has lived outside his home country of Kazakhstan for his entire life. Speaking to the paper he stated, “While DAA is diverse, there are few times when it feels like actually being a minority because of how intermixed groups here are.”

The Most Surprising Guinness World Records

One Disaster After Another

SDG 5 – Achieve Gender Equality and Empower All Women and Girls