The chilly atmosphere, the huge red stage, the blue lights, and the excitement of the crowd, this year’s RedFest was filled with no more than power and energy.

People had been waiting in 2 hour lines since 5:30 pm just to get in. this year, the festival was jam packed. Over 20,000 people showed up for the star performances.

RedFest Day 1 singers, The Chainsmokers, Anthony Touma, Russ and Kelli Leigh, officially got this year’s RedFest DXB off to a fine start with their power-packed performances. 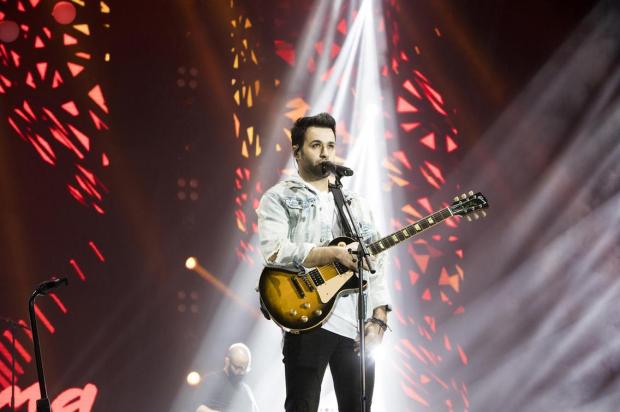 Anthony Touma was the first one to show up to stage. A Lebanese pop star, a former semi finalist on ‘The Voice’ in France, and winner of “Dancing With The Stars” Middle East, he performed his latest single “Walk Away”. He had a very unique essence and musical style to bring to the crowd in the first hour.

Kelli Leigh , known for performing backing vocals for Adele performed after Anthony Touma. She sang her hit songs “More Than Friends”, “For Love”, “Missing You” and her latest single “Do You Wanna Be Loved Like This.” Her enthusiastic performance not only brought the people on their feet but got them dancing like there is no tomorrow.

“We want Russ! We want Russ!” the crowd screamed as Russ was about to enter the stage. His performance got people cheering and dancing on his first song. He sang “ What They Want”, “Ride Slow”, “Wife You Up” and other songs. The enthusiastic crowd kept requesting Russ to perform more songs, which resulted in his performance to be the longest of the night.

The American dance-music duo made their debut as they headlined the first night of the two-day RedFest at Dubai Media City Amphitheatre. With their global hits “#Selfie” and “Closer” full of the ascending synth riffs and skyscraping choruses, The Chainsmokers released immediate adrenaline. At the end of their performance they played their latest single “Sick Boy” to the crowd. It received a great response as the crowd danced to their new beats.

Britney Spears speaks out after 13 years